Founded by clarinettist, improviser and composer Paweł Szamburski in conjunction with two other unconventional musicians: Tomasz Pokrzywiński (cello) and Michał Górczyński (contrabass clarinet). This unusual combination of instruments creates a unique, completely new timbre, which has become the characteristic feature of Bastarda’s style. 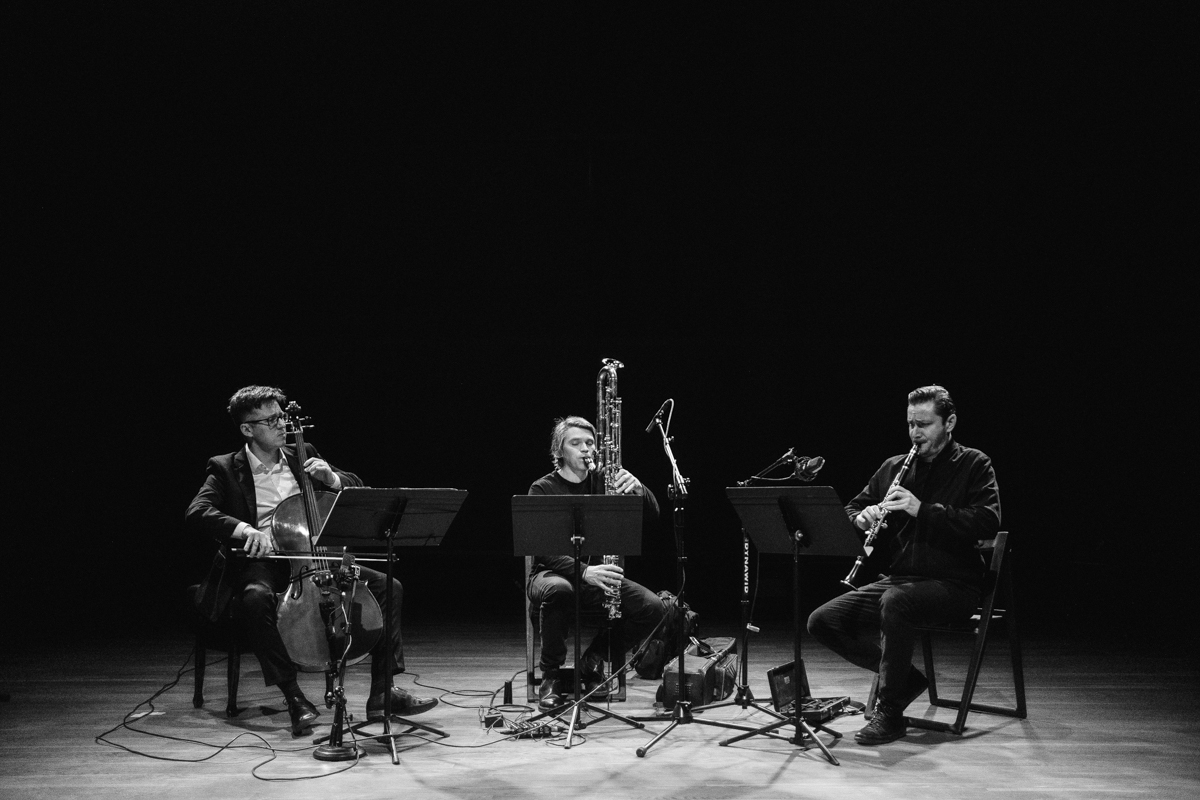 The Trio has been praised for inventing their own musical language, which has become the tool for creating new music – taking inspiration from a wide array of sources – from the so-called „early music”, through 18th and 19th century Hasidic sacred songs, to traditional music of Portugal, Poland, Lithuania and Belarus. For Bastrada, all these musical genres become merely starting points for improvisation and new compositions – the early Baroque method of “alla bastarda” finds its way in a new context. That way musical traditions of the past morph into a modern, original and personal artistic voice.

Building upon the success of their first three CD albums, which established Bastarda as one of the most interesting ensembles on the Polish scene, they continued with a series of fruitful collaborations with Polish as well as international artists (such as a Dutch orchestra Holland Baroque or Portuguese singer Joao de Sousa), which led to further four highly acclaimed CDs.

Very high reputation that the group earned in their home country, led to numerous commissions coming from, among others: Polish Radio 2, Unsound Festival and Warsaw Autumn Festival. Bastarda was also an official partner of an international research project HERA „Sound Memories” – conducted by leading European universities.

Their concerts have been described as jazz-like experiences, bringing a thrilling freshness and unpredictability even to the seemingly familiar repertoire.